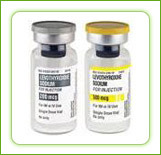 Description
Doxorubicin is a cytotoxic anthracycline antibiotic isolated from cultures of Streptomyces peucetius var. caesius. Doxorubicin consists of a naphthacenequinone nucleus linked through a glycosidic bond at ring atom 7 to an amino sugar, daunosamine. Chemically, doxorubicin hydrochloride is: (8S,10S)-10-[(3-Amino-2,3,6-trideoxy-a-L-lyxo-hexopyranosyl)-oxy]-8-glycoloyl-7,8,9,10-tetrahydro-6,8,11-trihydroxy-1-methoxy-5,12-naphthacenedione hydrochloride [25316-40-9].

The structural formula is as follows :
Doxorubicin binds to nucleic acids, presumably by specific intercalation of the planar anthracycline nucleus with the DNA double helix. The anthracycline ring is lipophilic but the saturated end of the ring system contains abundant hydroxyl groups adjacent to the amino sugar, producing a hydrophilic center. The molecule is amphoteric, containing acidic functions in the ring phenolic groups and a basic function in the sugar amino group. It binds to cell membranes as well as plasma proteins. Rubex (doxorubicin hydrochloride for injection, USP) is for intravenous use only. It is available in 50 mg and 100 mg single dose vials as a red-orange lyophilized, sterile powder with added lactose (anhydrous), 250 mg and 500 mg, respectively.

Clinical Pharmacology
The cytotoxic effect of doxorubicin on malignant cells and its toxic effects on various organs are thought to be related to nucleotide base intercalation and cell membrane lipid binding activities of doxorubicin. Intercalation inhibits nucleotide replication and action of DNA and RNA polymerases. The interaction of doxorubicin with topoisomerase II to form DNA-cleavable complexes appears to be an important mechanism of doxorubicin cytocidal activity. Doxorubicin cellular membrane binding may effect a variety of cellular functions. Enzymatic electron reduction of doxorubicin by a variety of oxidases, reductases and dehydrogenases generate highly reactive species including the hydroxyl free radical OH-. Free radical formation has been implicated in doxorubicin cardiotoxicity by means of Cu (II) and Fe (III) reduction at the cellular level. Cells treated with doxorubicin have been shown to manifest the characteristic morphologic changes associated with apoptosis or programmed cell death. Doxorubicin-induced apoptosis may be an integral component of the cellular mechanism of action relating to therapeutic effects, toxicities, or both.

Studies shown activity in a spectrum of experimental tumors, immunosuppression, carcinogenic properties in rodents, induction of a variety of toxic effects, including delayed and progressive cardiac toxicity, myelosuppression in all species and atrophy to testes in rats and dogs. Pharmacokinetic studies, determined in patients with various types of tumors undergoing either single or multi-agent therapy have shown that doxorubicin follows a multiphasic disposition after intravenous injection. The initial distributive half-life of approximately 5.0 minutes suggests rapid tissue uptake of doxorubicin, while its slow elimination from tissues is reflected by a terminal half-life of 20 to 48 hours. Steady-state distribution volumes exceed 20 to 30 L/kg and are indicative of extensive drug uptake into tissues. Plasma clearance is in the range of 8 to 20 mL/min/kg and is predominately by metabolism and biliary excretion. Approximately 40% of the dose appears in the bile in 5 days while only 5 to 12% of the drug and its metabolites appear in the urine during the same time period. Binding of doxorubicin and its major metabolite, doxorubicinol to plasma proteins is about 74 to 76% and is independent of plasma concentration of doxorubicin up to 2 µM. Enzymatic reduction at the 7 position and cleavage of the daunosamine sugar yields aglycones which are accompanied by free radical formation, the local production of which may contribute to the cardiotoxic activity of doxorubicin. Disposition of doxorubicinol (DOX-OL) in patients is formation rate limited. The terminal half-life of DOX-OL is similar to doxorubicin. The relative exposure of DOX-OL, compared to doxorubicin ranges between 0.4 to 0.6. In urine, <3% of the dose was recovered as DOX-OL over 7 days.

In four patients dose-independent pharmacokinetics have been shown for doxorubicin in the dose range of 30 to 70 mg/m2. Systemic clearance of doxorubicin is significantly reduced in obese women with ideal body weight greater than 130%. There was a significant reduction in clearance without any change in volume of distribution in obese patients when compared with normal patients with less than 115% ideal body weight. The clearance of doxorubicin and doxorubicinol was also reduced in patients with impaired hepatic function. Doxorubicin was excreted in the milk of one lactating patient, with peak milk concentration at 24 hours after treatment being approximately 4.4-fold greater than the corresponding plasma concentration. Doxorubicin was detectable in the milk up to 72 hours after therapy with 70 mg/m2 of doxorubicin given as a 15 minute intravenous infusion and 100 mg/m2 of cisplatin as a 26 hour intravenous infusion. The peak concentration of doxorubicinol in milk at 24 hours was 0.2 µM and AUC up to 24 hours was 16.5 µM.hr while the AUC for doxorubicin was 9.9 µM.hr.

Doxorubicin does not cross the blood brain barrier. 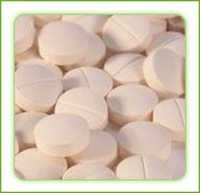 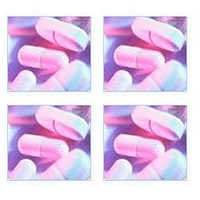 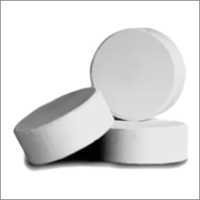 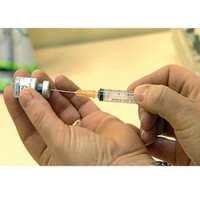 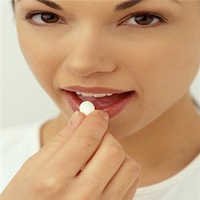